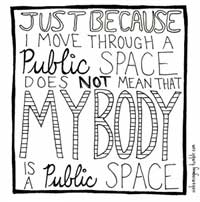 After the high profile harassment cases that surfaced in the media late in 2013, preventing harassment at work has become more important than ever before in India. The Vishakha guidelines, laid down by the Supreme Court in Vishakha and others Vs State of Rajasthan and others 1997, hold employers responsible for taking measures to prevent sexual harassment of women at workplaces.

Though sexual harassment continues to be one of the main forms of harassment prevailing in organizations, harassment and discrimination based on race, religion, age, disability and others cannot be ignored. It is the need of the hour that employers sensitize their staff to these issues. It is important for staff to understand what constitutes harassment, what verbal and non - verbal remarks/ actions can create a harassment case, what is a hostile work environment, and so on. Unless the organization takes steps to inform and train employees on these issues, liability in a case can be pinned on the employer along with the erring employee.

Concepts like Personal space and Hands off policy which are ingrained in the social fabric of the western world, barely exist in the Indian context. How many times have you had someone peering over your shoulder waiting for their turn in the line, when you are paying for your purchase at a shopping mall? Leaning on each other, putting an arm casually on the other person, giving a pat on the back, holding hands and walking, trying to please with personal compliments – this is all a part of the Indian way of life, even at the workplace. If a neighbour meets your cute baby they consider it appropriate to pull his/her cheeks because it is considered okay to do so. Certain actions that are considered okay in a casual setting and were also considered okay in a work environment till recently now border close to harassment. The victims have always suffered, but up until now they did not know that they could object and stop this unwanted behaviour at the workplace.

In the Indian context, this has to be looked at from a culture change perspective. It takes time for such changes to take place. Training and education by the employer for its staff is the most effective tool here along with getting justice for the victim. Employees, in turn need to be ever more watchful of how they behave and what they say.

Non harassment training as it is called in most western countries is a mandatory training program that is conducted in organizations every year so that all new hires can understand and prevent sexual and other forms of harassment. Employee handbooks clearly lay down the zero tolerance policy of the employer against harassment. This policy is circulated in the organization through its formal channels of communication. Signatures are taken from each employee confirming that they understand the policy clearly. The idea is to reinforce the stand of the organization against harassment along with educating the staff.

Editor's Note: Navodita Varma is a senior human resources professional with extensive experience in India and the United States. She began her career in human resources in India where she worked for companies including Global Groupware Solutions, Ltd. After relocating to the United States in 2001, Navodita learned United States employment laws and practices while working for technology and consulting organizations based out Washington DC. After working for more than seventeen years for various companies she began her own consulting venture. Her areas of interest and specialization include Talent management,Diversity, Affirmative action, Harassment, Compensation Analysis and Strategic HR. Navodita holds a Bachelors in Economics and a Masters of Business Administration, Human Resources Concentration. She is a member of the National Society of Human Resources Management. She can be reached at This email address is being protected from spambots. You need JavaScript enabled to view it.

Tweet
Published in Blogs
More in this category: « Designing Effective Performance-linked Compensation Plans Starting up your career in HR?? »