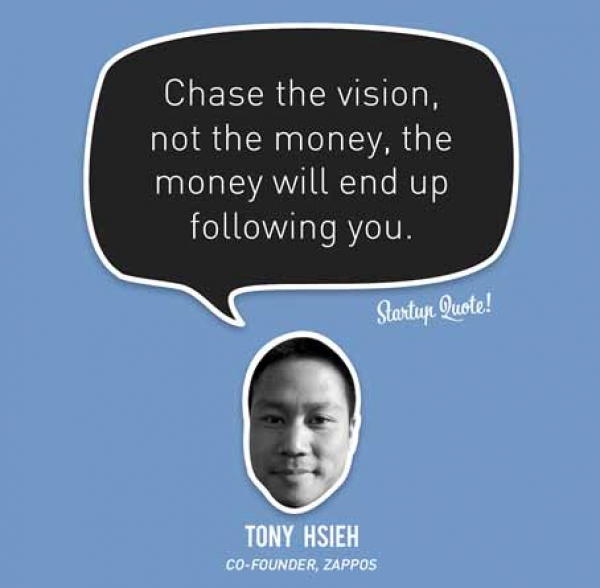 I can think of no one among those who built successful software products who got into the business with the sole objective of making loads of money. I do however know a few who looked at the multi-billion dollar valuations that successful product software companies were getting and decided this was the business to be in. None have succeeded in getting there and ended-up doing other things, often with more financial success . It is ironical that the very guys who didn’t care so much about making money made gazillions of the stuff.

Just to set the record straight, I am not saying these people don’t enjoy the having and spending the money they made. But the point I make is that making that kind of money is not why they did what they did in the first place. In fact almost none of them would have ever imagined they would make so much money.

There is a also a pretty good chance that those that have cashed out of their ventures will probably put a lot of the stuff again into building something all over again themselves or investing it with someone else who is going down the same path.

Try and figure the way entrepreneurs who built successful product software companies lived and how much they spent on themselves while they were building their companies. My guess is that you will find that they needed very little to get by and I suspect the key reason for that is that they spent most of their time building their products and their companies. My favourite part from the book “The Facebook Effect” describes how in the fall of 2005 the MTV guys at Viacom offered to buy out Facebook, a deal that would have made Mark Zuckerberg a cool $1.5 Billion dollars (and this was before he even raised the first VC money). Zuckerberg apparently took the MTV executive to his one-bedroom apartment. The place was messy, with a mattress on the floor, piles of books, a bamboo mat, and a lamp. Later at dinner at a nearby restaurant when he was asked "Why don't you just sell to us? You'd be very wealthy", Zuckerberg replied, "You just saw my apartment, I don't really need any money.”

Way back in 1998 when we were just starting out in the software business, we had built for us a good reputation and a small but profitable position as a Lotus Notes consulting and development company. To teach ourselves the platform, we had also built a product to automate field customer service operations which had started to sell well too.

I remember a team offsite where we debated going down the services path or focussing on building the product. As it turned out, the product won. Since that winter day we have been a product software company building Smiles our CRM product and then EmployWise our HR system.

When we took this call, we did not do so because we thought it would make us more money, in fact we knew it would mean raising and investing lots of money. We just wanted to create a big product software success story out of India. That has been a driving inspiration to this day.

Back in ‘98 we were naive and didn’t quite understand the challenges we had taken on and I know that had we continued in the services business, we would have perhaps been a lot better off financially.

This was a hard choice to make, hard for the employees and hard on investors. As founders, we have put our families through a very tough grind. But taking this hard decision has been possible because we share traits of personal frugality and we don’t put money first. Quite honestly, we are not averse to making money and quite look forward to the day we make some. But we strongly believe that money will come to us when we get it right.

The harsh financial reality of the product software business model is that for a longest time, even when revenues start coming in, the money needed to bring all the ideas to life is more than what is available. This is even more so in the case of SaaS businesses like ours. Very often, each new customer means more in upfront costs that the up-front revenues it contributes.

Entrepreneurs who thought that will be cash positive in X months/years very soon realise that it’s a shifting goal post. The earn-burn equation keeps changing but stays negative far longer than planned. Even with initial success and fancy VC valuations there is really very little cash for the founders to take home and spend on themselves because a fast growing business sucks in all the cash there is.

An interesting flip-side to this is the fact that in the technology industry, companies that are generating huge cash-flows and are sitting on piles of cash on their balance-sheets with no new ideas to invest in are also the ones with falling valuations and big question marks on their future.

So if you are thinking of building a software product business mostly because you want to be the next guy who company gets bought for billions of dollars, I hope you will pause and think again.

Look forward to hearing what you think especially if you disagree.

More in this category: « The Product Software DNA - Part 3 - Focus The New Maternity Act - A Boon or Bane »